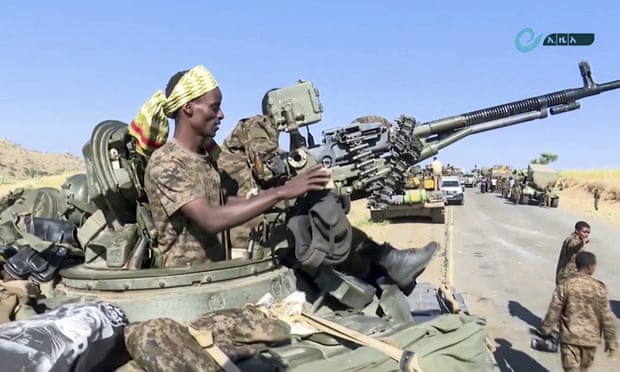 Ethiopia’s prime minister has ordered federal military forces to launch a “final offensive” on the capital of the restive Tigray region after his 72-hour ultimatum for dissident local leaders to surrender expired.

In a statement posted on social media, Abiy Ahmed said great care would be taken to protect innocent civilians from harm and said efforts would be made by government troops to ensure the city of Mekelle, which has a population of 500,000, was not “severely damaged”.

“We call on the people of Mekelle and its environs to disarm, stay at home and stay away from military targets [and] to do their part in reducing damages to be sustained because of a handful of criminal elements,” Ahmed said.

Earlier this week, military officials warned of “no mercy” if residents of Mekelle did not distance themselves from the Tigray People’s Liberation Front (TPLF), the local ruling party.