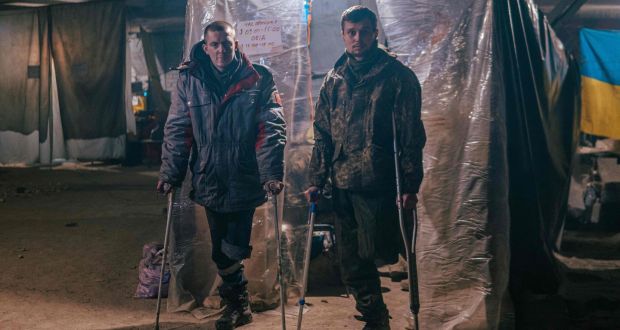 Russia said on Monday that it had agreed to evacuate wounded Ukrainian soldiers from the bunkers below the besieged Azovstal steelworks in Mariupol to a medical facility in the Russian-controlled town of Novoazovsk.

“An agreement has been reached on the removal of the wounded,” the Russian defence ministry said in a statement.

“A humanitarian corridor has been opened through which wounded Ukrainian servicemen are being taken to a medical facility in Novoazovsk.”

As Russian forces pummelled Mariupol for nearly two months, some civilians and Ukrainian fighters sought refuge in the Azovstal works – a vast Soviet-era plant founded under Josef Stalin and designed with a labyrinth of bunkers and tunnels to withstand attack.