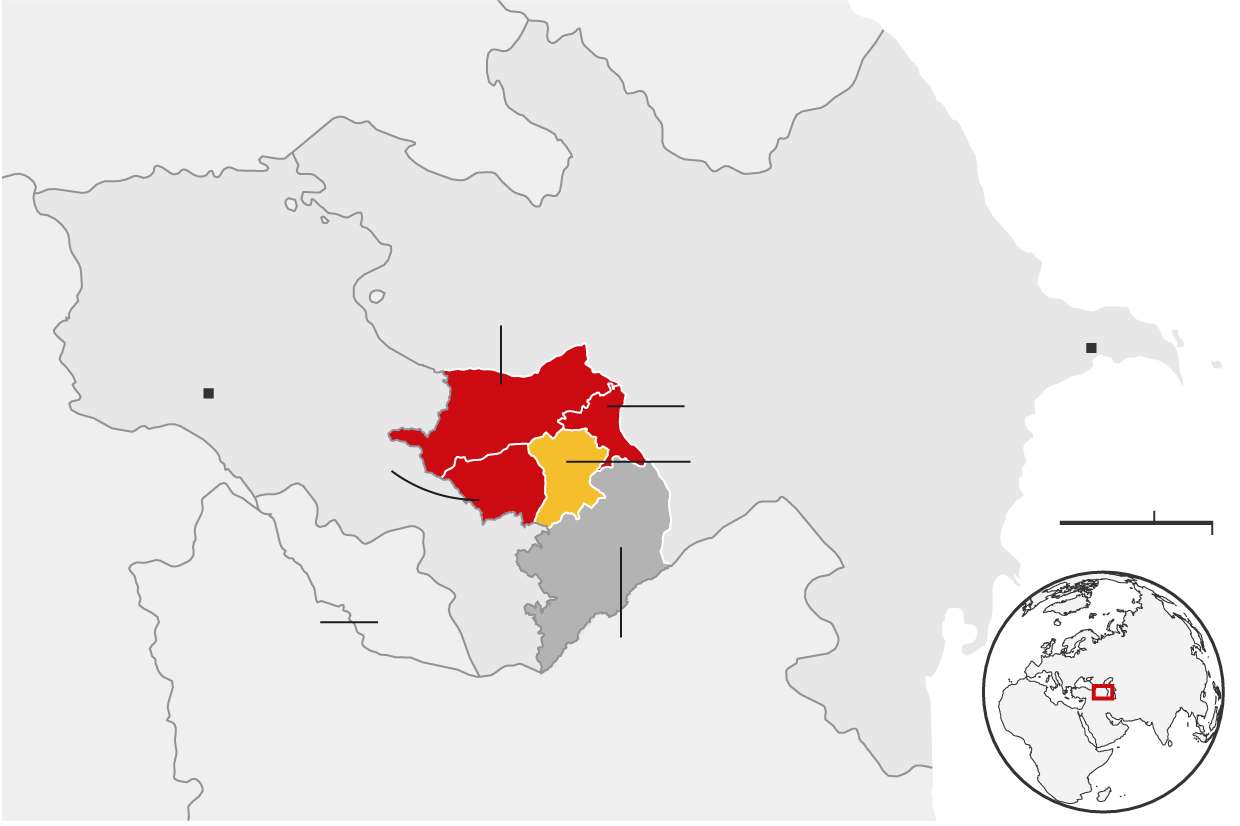 Azerbaijan forces have entered a district bordering Nagorno-Karabakh as the country begins retaking territory held for nearly 30 years by the Armenian-backed government as part of a Russian-brokered peace deal.

Video showed troops and armoured vehicles moving into the district of Aghdam, which Armenia conceded in a controversial armistice, one day after columns of its soldiers and tanks rolled out of the territory.

Armenia will also hand over the Kalbajar district wedged between Nagorno-Karabakh and Armenia on 25 November and the Lachin district by 1 December.

On Thursday, Armenian residents of Aghdam hurriedly picked pomegranates and persimmons from trees surrounding their homes and packed vans with furniture, before fleeing in the run-up to the official deadline to cede the mountainous province.