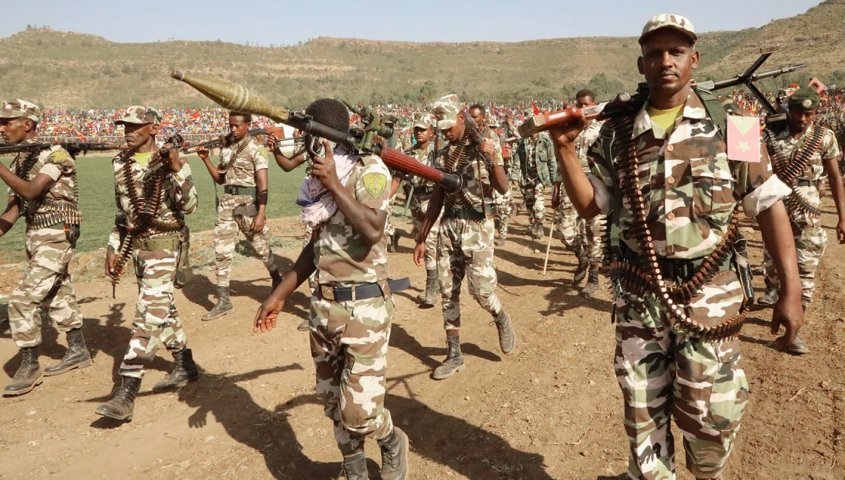 Rebel forces from Ethiopia’s Tigray region have fired rockets into the city of Bahir Dar in the neighbouring Amhara region but caused no casualties or damage, Amhara’s government says, as federal forces move towards the Tigray capital.

“The illegal TPLF group have launched a rocket attack around 1.40am in Bahir Dar,” Amhara regional government’s communications office said on its Facebook page on Friday.

“The rockets have caused no damage.”

The conflict in northern Ethiopia has killed hundreds in the past two weeks, sent 33,000 refugees into Sudan, and called into question whether Prime Minister Abiy Ahmed can hold his ethnically divided nation together before national elections next year.

Amhara, which has a long-running border dispute with Tigray, has sent regional forces in support of the federal troops.