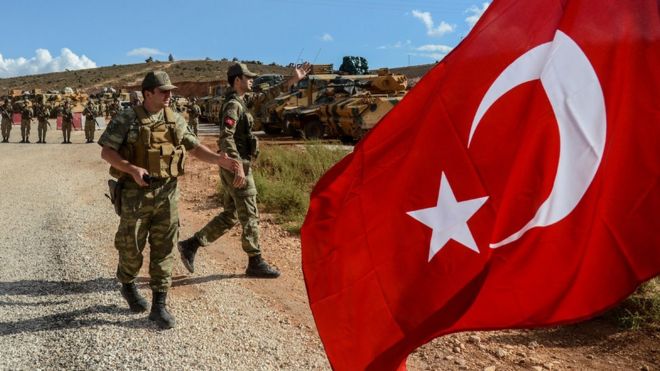 Turkey will start a military operation east of the Euphrates river in northern Syria in a “few days,” President Recep Tayyip Erdoğan has said.

“It is time to realize our decision to wipe out terror groups east of the Euphrates,” Erdoğan said in a speech at the Turkish Defense Industry Summit held at the presidential complex in Ankara on Dec. 12.

“We will start the operation in east of the Euphrates in a few days to save it from the separatist terrorist organization,” Erdoğan added, referring to the YPG. “Turkey’s target is never the U.S. soldiers, but rather the members of the terror group.”

The Pentagon had announced on Dec. 11 that American observation posts in northern Syria, meant to prevent altercations between the Turkish army and US-supported YPG, have been erected, despite Ankara’s request to scrap the move.