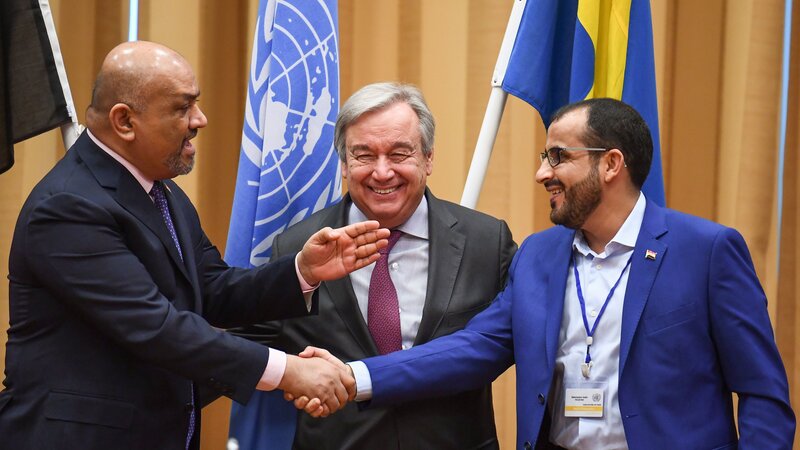 After week-long peace talks at a castle in Sweden, the Yemeni government and Houthi rebels have agreed to a cease-fire in Hodeidah, a strategically significant port city held by the rebels.

The ability to import food, medicine and fuel through the port is essential for many Yemenis, and a Saudi blockade of Hodeidah helped drive widespread hunger in the country.

The cease-fire announcement is a positive ending for the peace talks — the first face-to-face negotiations between the two warring parties since the conflict began in 2015. U.N. Secretary General Antonio Guterres called the agreement “an important step” and “real progress.”

“The fact that we came to an agreement on Hodeidah – [which] many would consider the most difficult of the problems on the table – gives us the hope that this process will now be moving step by step and that we will be able overcome all the obstacles that we face,” he said. He also emphasized that implementation of the agreement will be the real test.