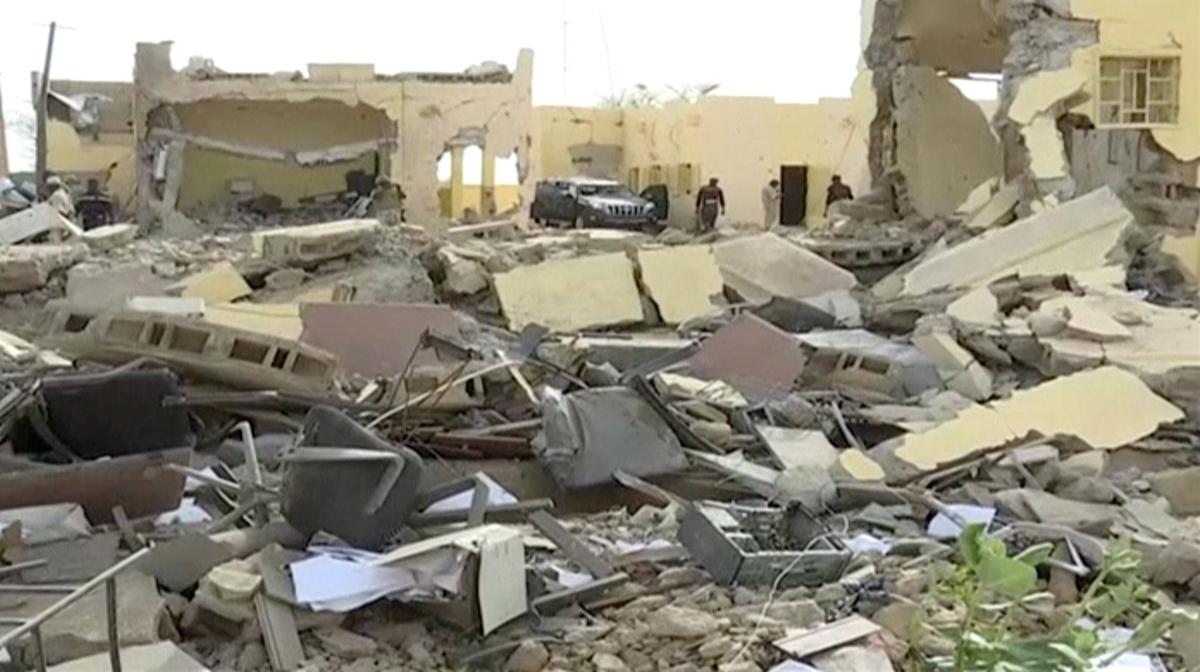 Islamist militants armed with rockets and explosives raided the headquarters of an African military taskforce in central Mali, leaving at least six people dead on Friday, a spokesman for the force said.

Assailants driving a vehicle rigged with bombs attacked the compound in the town of Sevare as some exchanged gunfire with Malian troops and fought to get in, officials said.

Pictures from the scene showed the charred remains of a vehicle, a crater and the battered walls of the buildings, which are used by the G5 Sahel, a regional force created last year to root out jihadists in West Africa’s semi-arid Sahel region.

A spokesman for the G5 force - which is made up of soldiers from Mali, Niger, Burkina Faso, Chad and Mauritania - said two soldiers and four assailants died in the attack.