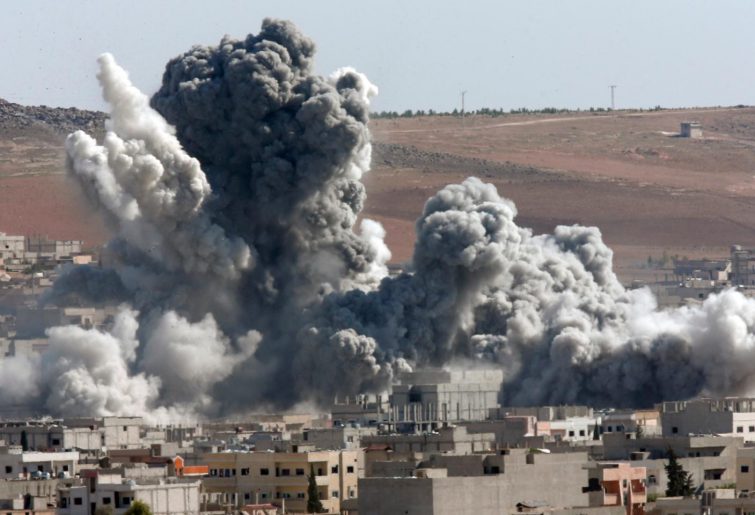 The US, UK and France have bombed multiple government targets in Syria in an early morning operation targeting alleged chemical weapons sites.

The strikes were in response to a suspected chemical attack on the Syrian town of Douma last week.

Explosions hit the capital, Damascus, as well as two locations near the city of Homs, the Pentagon said.

Russia’s ambassador to the US responded by saying the attack on its ally “will not be left without consequences”.