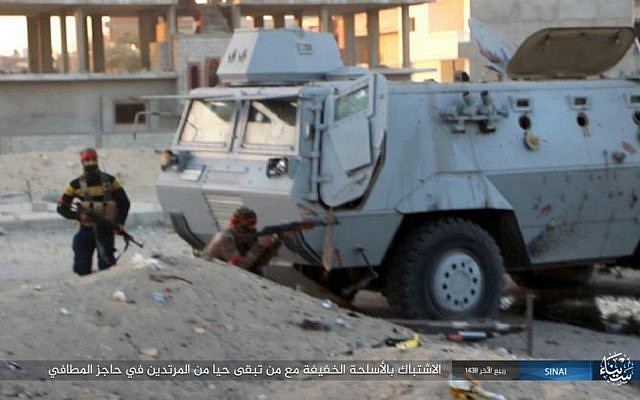 Egypt’s army said jihadists wearing explosive belts tried to storm a military camp in the Sinai Peninsula on Saturday in an assault that left eight soldiers and 14 attackers dead.

The militants blew themselves up outside the camp after they were prevented by security forces from entering, an army statement said.

“The armed forces were able today to foil a large terrorist operation,” the military said.

Jihadists who have declared allegiance to the Islamic State group (IS) have killed hundreds of soldiers and policemen in the Sinai since the military ousted Islamist president Mohamed Morsi in 2013, following mass protests against him.