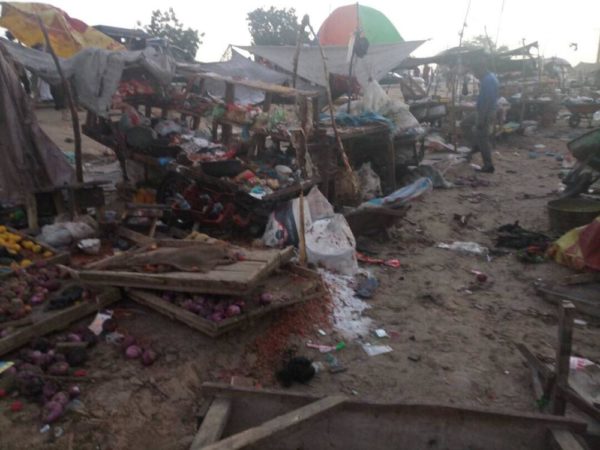 About twelve people have been killed and 48 others wounded in a suicide bomb attack in Maiduguri on Wednesday.

Eyewitnesses said the mayhem was caused by an Improvised Explosive Device (IED) which was detonated by a male suicide bomber at Alai Fadawu market on the outskirts of Maiduguri.

One other male bomber detonated the IED strapped to his body and blew up himself alone without causing any other casualties.