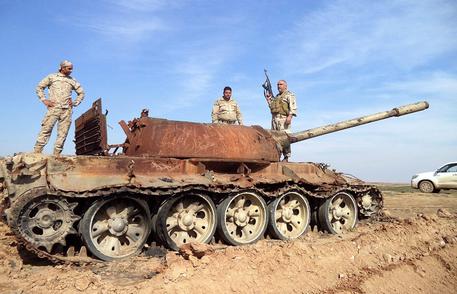 The U.S. military said March 6 that Iraqi forces have cleared Islamic State (IS) militants from the western town of Baghdadi.

Iraqi security forces and tribal fighters supported by U.S.-led coalition air strikes have been attacking IS in Baghdadi for days.

The town, on the western banks of the Euphrates River, is in the western province of Anbar and is located near an air base where U.S. military personnel are training Iraqi soldiers.

The news comes as Iraqi forces, together with Shi’ite militias and tribesmen, were in the fifth day of an assault against IS militants in the town of Tikrit, which is on the Tigris River to the north of Baghdad.