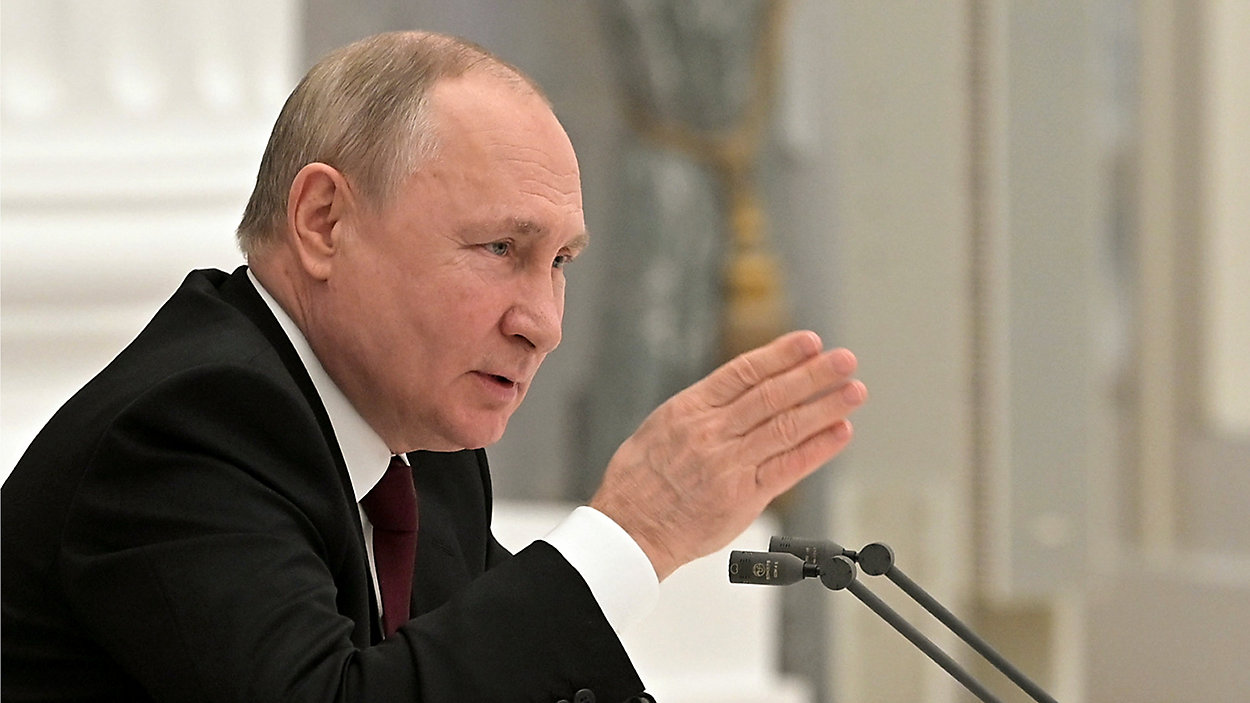 “I deem it necessary to make a decision that should have been made a long time ago: To immediately recognize the Donetsk People’s Republic and Luhansk People’s Republic,” Putin said later in an address to the Russian people, before signing a decree to make his intentions official.

The move will no doubt rankle Western nations and ratchet up fears of a potentially imminent Russian invasion of Ukraine.

The Kremlin said in a release that Putin informed Macron and Scholz that he intends to sign a decree recognizing the Donetsk and Luhansk People’s Republics. The announcement came after Putin convened a meeting of the presidential Security Council, during which officials argued for Putin to recognize the independence of those territories.