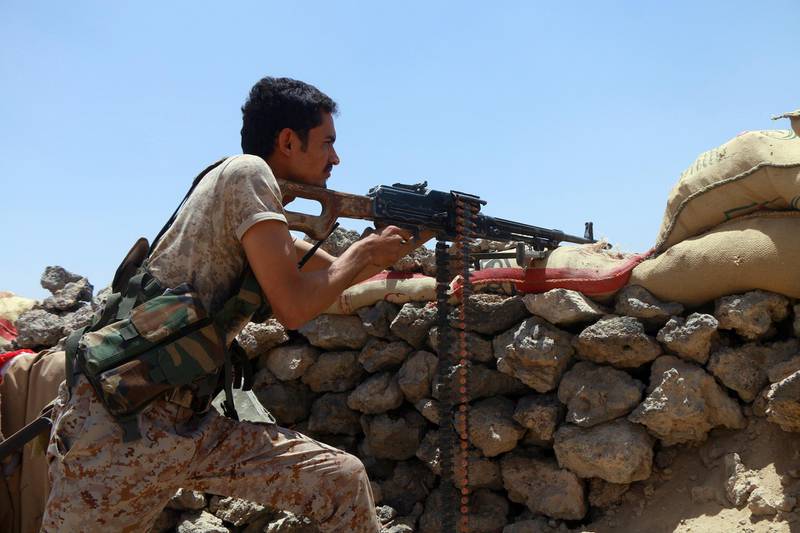 Heavy fighting has raged between forces of Yemen’s internationally recognised government and Houthi rebels in central Bayda province but pro-government forces have made rapid gains.

Government forces and allied tribesmen, backed by a Saudi-led coalition, reclaimed large swathes of territory in the province, according to Moammar Al Iryani, Yemen’s information minister.

“The joint forces have recaptured districts of Al Zahir, Al Sawmaa, in addition to parts of Dhi Naem district in the south-east of Al Bayda pressing westward towards the centre of the province amid a dramatic collapse in the ranks of the Houthi rebels,” Mustafa Al Baydani, the spokesperson of the popular resistance in Al Bayda told The National on Tuesday.