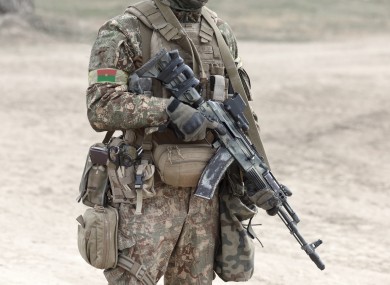 Two Spanish journalists and the Irish director of a wildlife foundation were killed Monday in an ambush in eastern Burkina Faso, the Spanish government and officials in the African country said Tuesday.

The two journalists were working with the wildlife campaigner on a documentary about poachers in a national park bordering Benin when they were attacked by gunmen, Spain’s Foreign Minister Arancha González Laya said Tuesday in a press conference in Madrid.

The Spanish journalists were David Beriáin, 44, and Roberto Fraile, 47, both from northern Spain, said members of the Reporters Without Borders organization representing the two reporters’ families.

Beriáin was conducting early research for a documentary project on how Burkina Faso’s authorities are tackling poaching, also focusing on the communities of people living in the park, according to media content producer Movistar Plus.