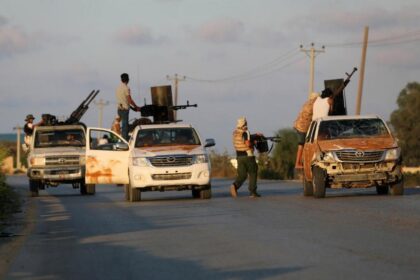 Armed clashes erupted between forces of UN-backed Government of National and those of rebel Gen. Khalifa Haftar Sunday in south Libya putting at stake a frail ceasefire, Libya Observer reports.

Sources told the media the clashes occurred when Sabha military zone officers of the GNA gathered to read out a congratulatory statement on Libya’s Independence Day and the GNA-commanded Libyan Army parade that was held in Tripoli on December 24.

The incident is a blow to the ongoing ceasefire between the two sides after over one year of the military conflict that erupted in April 2019 after Haftar launched his campaign to ouster the GNA from Tripoli.