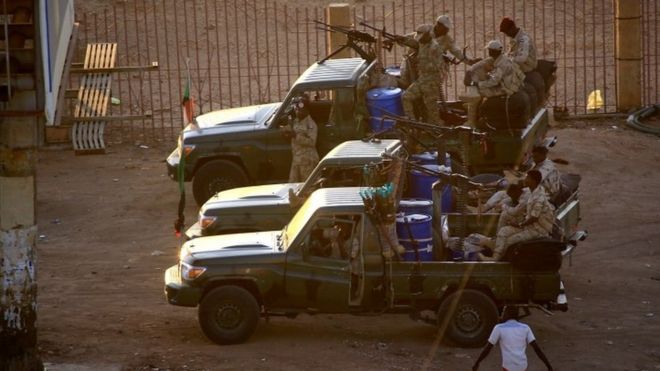 Shooting broke out on Tuesday in the capital Khartoum and the city’s airport was briefly closed amid the clashes.

The violence was sparked by a row over severance pay for officers in a much-feared intelligence agency that is being overhauled.

Two soldiers were killed and four were injured in the worst unrest since Bashir was overthrown last April.