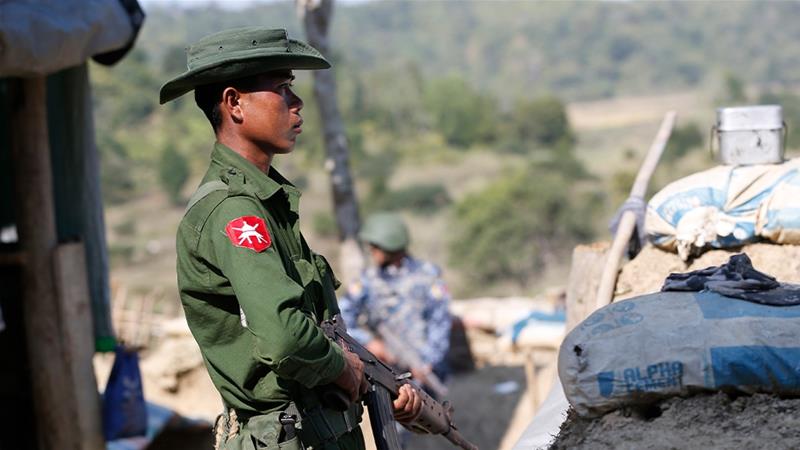 A year ago, four police stations in the conflict-ridden western Rakhine State of Myanmar came under attack from the Arakan Army (AA) leaving an estimated 13 officers dead and nine injured.

The response was swift.

Myanmar’s military (also known as the Tatmadaw) promised to “crush the terrorists”, marking the beginning of the latest bloody chapter in the country’s never-ending conflicts, waged primarily between the Tatmadaw and various ethnic rebel groups.

Rakhine has become notorious as the location of the military’s brutal campaign against the mostly Muslim Rohingya, which led to the exodus of 740,000 people and accusations of genocide.