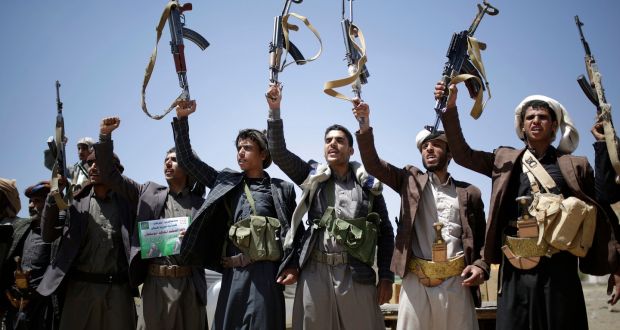 Yemeni Houthi rebels have adopted a two-pronged approach to trying to win their war. To promote talks, on Monday they freed 290 prisoners, including survivors of a Saudi air strike on a prison last month.

On Saturday, the Houthis announced they had overwhelmed Saudi forces based near the border with the kingdom, killing or wounding 500, taking 2,000 prisoners, and capturing and destroying US-made armoured vehicles.

If confirmed by Saudi or independent sources, last week’s battle could be a turning point in the 4½-year war.

A Houthi-owned television network broadcast video of the alleged attack. Some captives were in uniform, most in traditional Yemen dress and flip-flops, revealing they were mainly Yemeni irregulars recruited by the Saudis to fight the Houthis. A dozen Saudi officers and soldiers were said to have been captured.