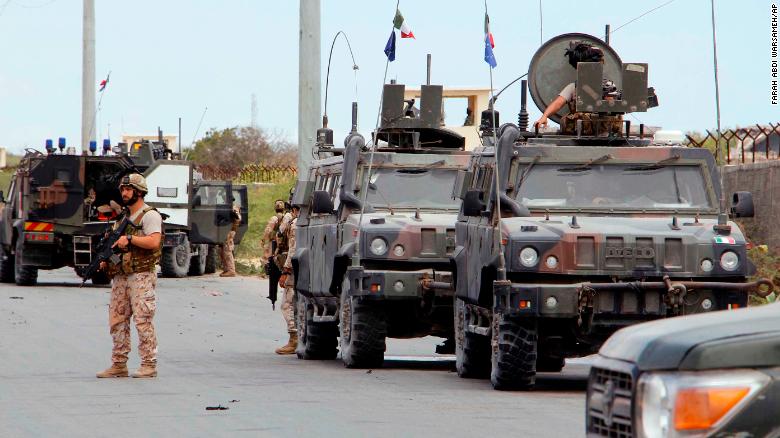 A US base and an Italian military convoy were targeted in separate attacks in Somalia on Monday.

Al-Shabaab militants staged a simultaneous car bomb and gun attack on the Baledogle US facility, while the Italian vehicles were hit by an explosion in the country’s capital of Mogadishu, according to officials.

The US base is located in the south of the East African nation, about 100 kilometers (62 miles) northwest of Mogadishu.

American forces use the base to train Somali commando units.

Abdifitah Haji Abdulle, deputy governor of the Lower Shabelle region, said fighters detonated explosives at the entrance of the base before attempting to storm the premises. He added that fighting took place outside the camp, which houses US and Somali soldiers. There was no immediate report of casualties.