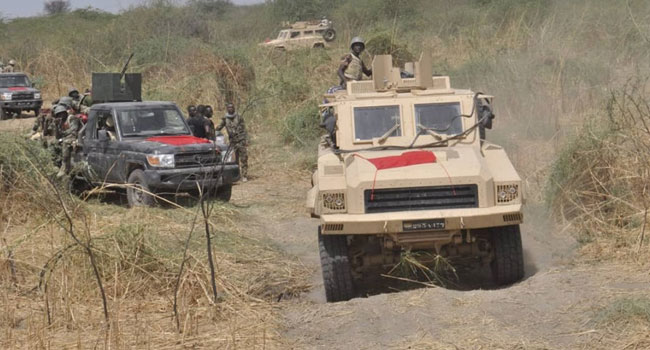 The Multinational Joint Task Force (MNJTF) has explained the fallout of the attack by insurgents on Darak, near lake chad earlier this week.

In a statement, the MNJTF Chief of military public information, Colonel Timothy Antigha, said 64 insurgents and 10 personnel of the joint task force lost their lives in the clash which took place in Darak, Northern Cameroon.

He explained that about 300 heavily armed Boko Haram terrorists invaded the area on that fateful day but were met with stiff resistance from the MNJTF, resulting in a bloody gun battle which lasted for several hours.

Eight civilians were also said to have died during the firefight, while eight members of the task force were wounded and 8 insurgents captured, with several arms and ammunition confiscated.