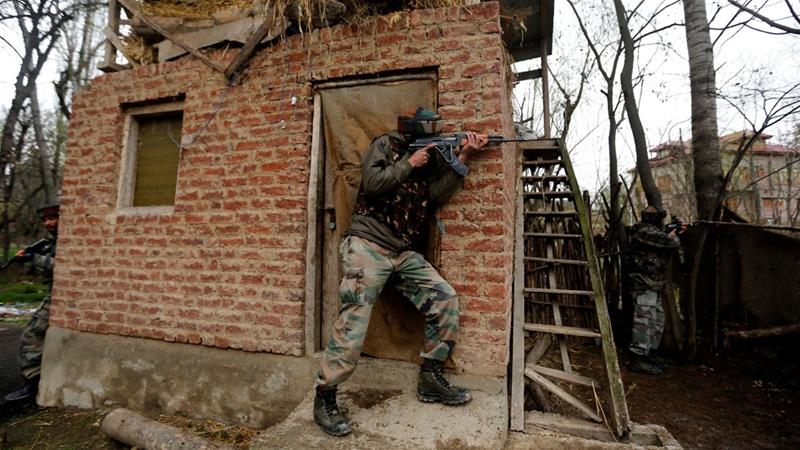 Four policemen were killed when rebels stormed a police post in the southern part of Indian-administered Kashmir’s Shopian district.

The state police chief Dilbagh Singh told Al Jazeera the police were attacked on Tuesday while they guarded four families of a minority Hindu community of Kashmiri Pandits.

“Four policemen were killed and this shows the desperation of the militants who do not only come to shoot but snatch the weapons. This is an unfortunate incident,” said Singh.

The attack happened in Zainapora village in Shopian, a district that has turned into a stronghold of armed fighters in the divided Himalayan region.