Afghanistan: At least 50 killed and 75 injured in Kabul suicide bombing 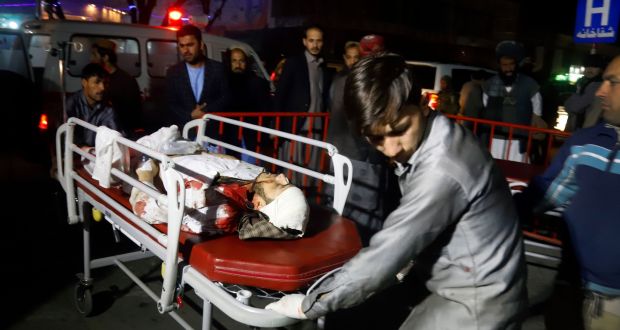 At least 50 people were killed and 75 injured in the bombing of a crowded religious gathering in Kabul on Tuesday.

Afghan officials were trying to determine the exact toll of dead and wounded after the attack at the Uranus Wedding Palace, near Kabul’s international airport. Wahid Majrooh, spokesman for the public health ministry, said 24 of the wounded were in critical condition.

Witnesses said there were a thousand people inside the hall when the explosion took place. They included clerics and religious scholars along with others who had gathered to celebrate the birthday of the Prophet Muhammad, a national holiday in Afghanistan.

Najib Danish, the spokesman for the interior ministry, called it a suicide bombing and confirmed the death toll. President Ashraf Ghani called the attack “a crime against Islam and humanity” and declared Wednesday a national day of mourning.