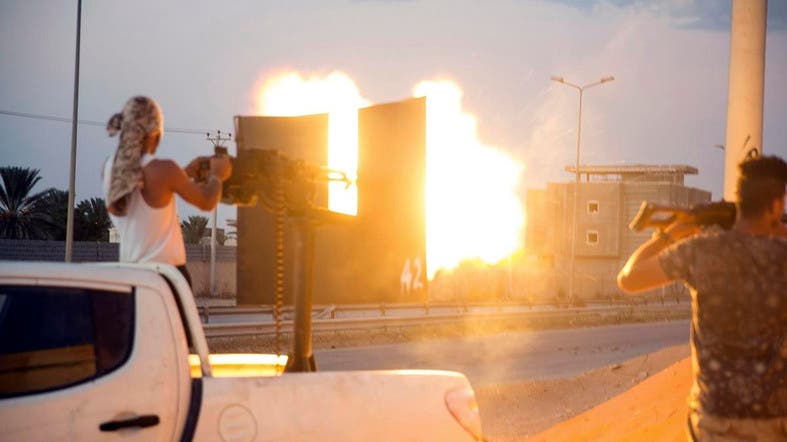 Military confrontations between the Abu Salim Central Security Force, loyal to the Government of National Accord, and members of the Seventh Brigade broke out on Wednesday evening after the latter’s forces advanced towards Libya’s International Airport, south of the capital.

The armed clashes in Libya’s Tripoli coincide with Government of National Accord’s efforts to implement a plan to achieve security and end the roles of militias.

Meanwhile, the National Commission for Human Rights in Libya commented on the developments in Tripoli’s airport and the surrounding area, warning that this “new escalation of violence and armed clashes poses a huge threat on the security and safety of civilians and on their property in Tripoli. This is in addition to the negative repercussions on the efforts towards achieving a social and national reconciliation.”

The commission called on all armed parties to immediately stop any armed escalation and avoid more fighting and violence in compliance with the ceasefire agreement reached in September.