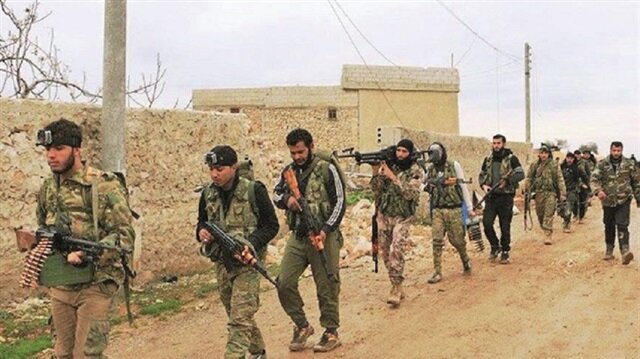 As the Assad regime and Russian warplanes viciously attack the last opposition-held stronghold of Syria’s Idlib, Turkey ramped up its military reinforcements in northern Syria and instructed over 50,000 Free Syrian Army (FSA) fighters stationed in Afrin, Azaz, Jarabulus, al-Bab and al-Rai to “be ready for military deployment.”

The number of Turkish soldiers dispatched to northern Syria exceeded 30,000 in the areas within the scope of the Euphrates Shield and Olive Branch operations and Idlib. The Turkish army also doubled its armored vehicles and tanks deployed at the Syrian border and dispatched missile platforms, artillery batteries at strategic points.

Turkish forces are present at 12 points from Idlib’s north to south, which are currently being fortified with cement walls and bulletproof watch towers against a regime attack.