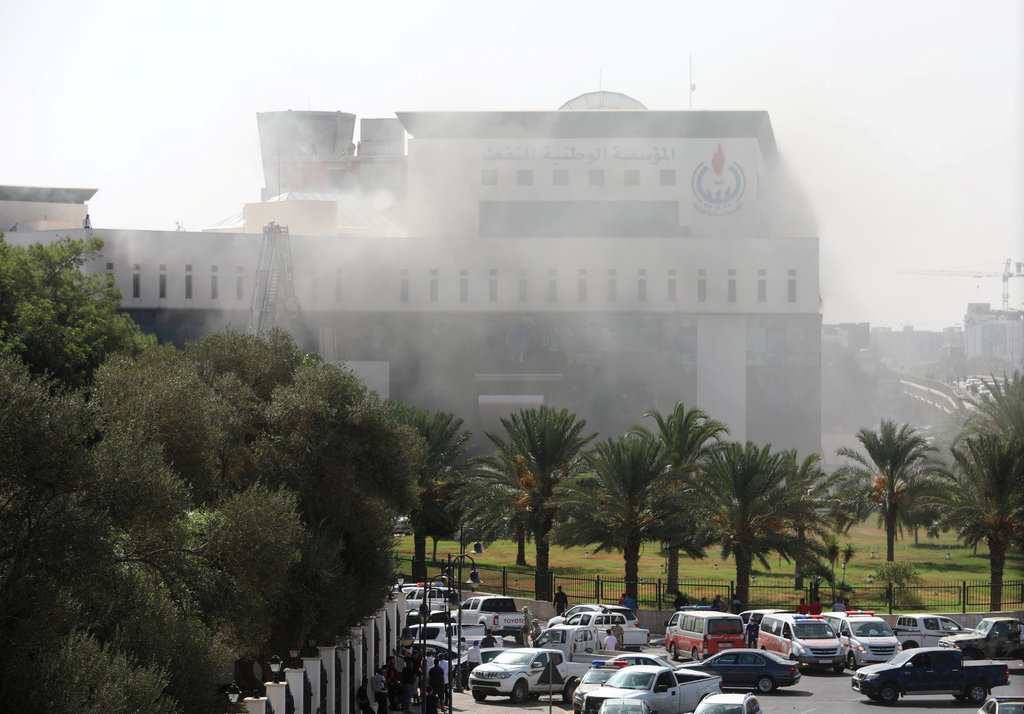 Libyan security forces have stormed the headquarters of the country’s national oil company in the capital Tripoli shortly after gunmen had taken hostages and set off explosions in the building.

The health ministry said two people were killed and 10 others were injured in the attack.

Health official Malek Merset had said earlier said that there were dozens of injuries caused by the gunfire, smoke inhalation or explosions.

At least one explosion rocked the building soon after the gunmen went in, starting a fire that swiftly spread through the lower floors.