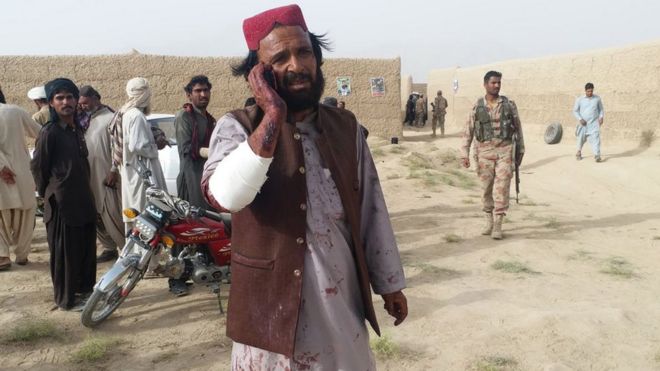 A suicide bomber has killed at least 128 people at a campaign rally in south-western Pakistan - the deadliest attack in the country since 2014.

A local candidate was among the dead in the Mastung town, police say. So-called Islamic State (IS) claimed the attack.

Earlier, a bomb attack on a similar rally in the northern town of Bannu killed four people. The attacks come ahead of general elections on 25 July.

Meanwhile, former PM Nawaz Sharif was arrested after flying home from the UK.