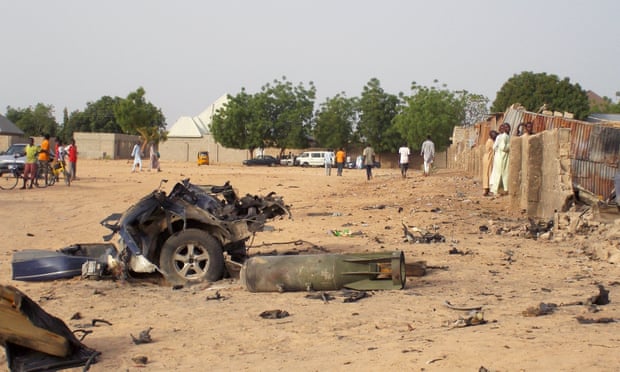 Suicide bombers have killed dozens of people at a mosque and a market in north-east Nigeria, in a twin attack bearing the hallmarks of Islamist insurgents Boko Haram.

Adamawa state police spokesman Othman Abubakar said: “For now [the death toll] is 24,” but other sources gave far higher figures. Rescue worker Sani Kakale said: “In my presence, 42 dead bodies were taken to hospital and 68 injured.” A source at Mubi General hospital told AFP they had received 37 bodies and dozens of injured, many of them critically.

Suspicion immediately fell on Boko Haram, the jihadist group whose quest to establish a hardline Islamic state in north-east Nigeria has left at least 20,000 dead since 2009.