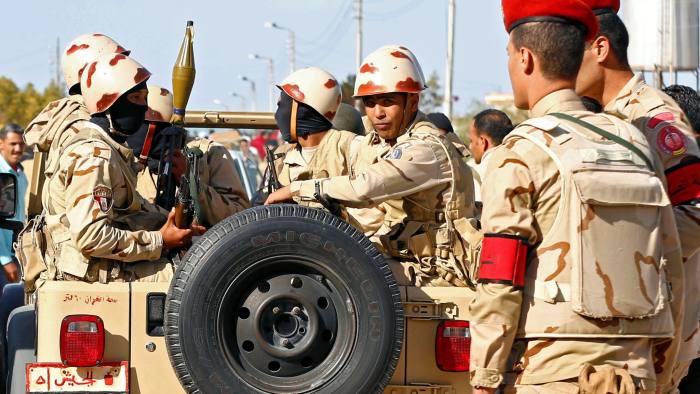 Egypt has launched a major security offensive against armed militant groups operating in the Sinai peninsula and other parts of the country.

A televised statement by Colonel Tamer al-Rifai, the military spokesman, said the operation involved both military and police forces and that it “targeted terrorist elements and organisations in northern and central parts of the Sinai and in other locations in the Delta and the desert hinterland west of the Nile”.

The security forces have for years been fighting Isis-affiliated militants in the Sinai in areas bordering Gaza and Israel who represent a threat to Egypt’s political and economic stability.

The armed groups have killed hundreds of soldiers and policemen since 2013 when the military overthrew an elected Islamist president in a popularly-backed coup.