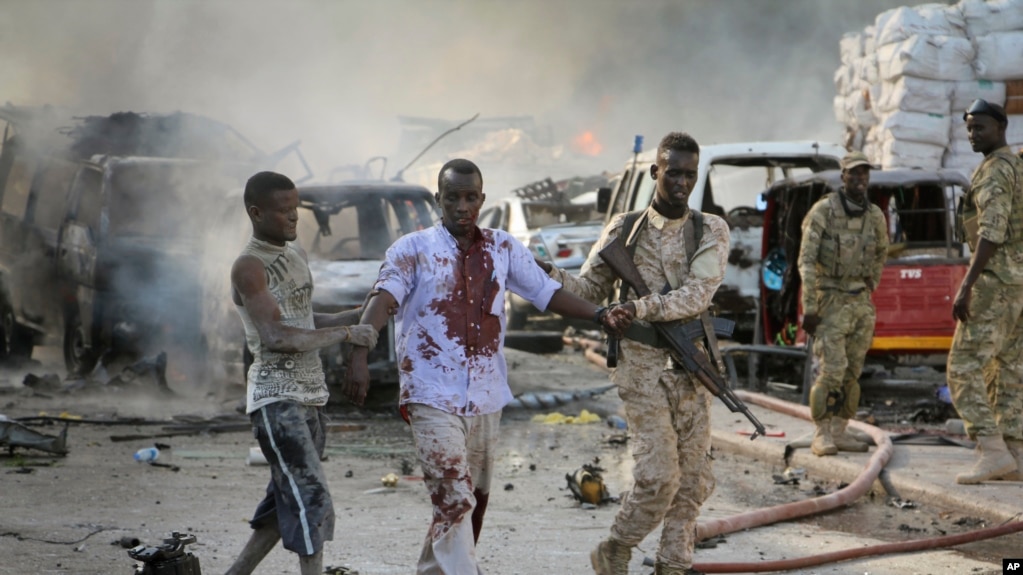 Two car bombs in separate parts of Somalia’s capital Mogadishu have killed at least 50 people and injured more than 80 others.

The first explosion on Saturday in the city’s K5 Junction area, which is lined with government offices, hotels, and restaurants, destroyed several buildings and set dozens of vehicles on fire.

“We know that at least 20 civilians are dead while dozens of others are wounded,” said Abdullahi Nur, a police officer who was in the area.

“The death toll will surely rise. We are still busy transporting casualties,” he said, adding that there were bodies under the rubble.