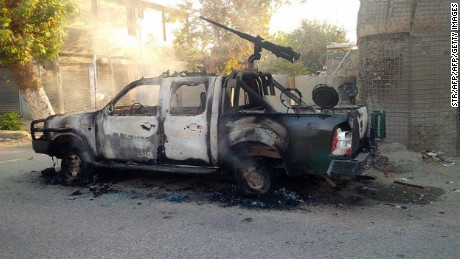 The Taliban took over the entire district except for the police chief’s compound and another compound where a battalion of Afghan National Army is based in, according to Mohammad Dawood, the police chief of Sangin district in the province.

Dawood said the fighting in the district had been going on for more than a month, but was in its worst stage in the past three days.

He added that they have sustained heavy casualties and are almost out of ammunition.