Syria: Christian Female Protection Forces of the Land Between the Two Rivers battalion formed to fight ISIS in Syria 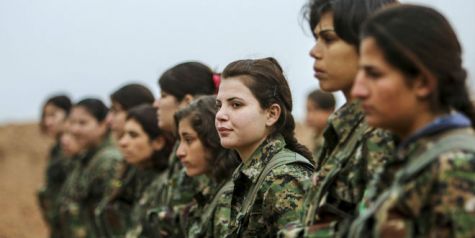 A group of about 50 Syrian Christian women have left their homes, jobs, and children to form a new battalion to fight the encroaching ISIS terrorists.

The battalion is called the Female Protection Forces of the Land Between the Two Rivers - referring to the Tigris and the Euphrates.

The unit began graduating recruits in August from its training base in Al-Qahtaniyeh, a town located near the Syrian-Iraqi border about 62 miles west of Mosul, according to an AFP story published last week in The Times of Israel.

ISIS, which has forced many women and girls into sexual slavery, has also driven thousands of Syrian Christians from their homeland since civil war began in the region in March, 2011.