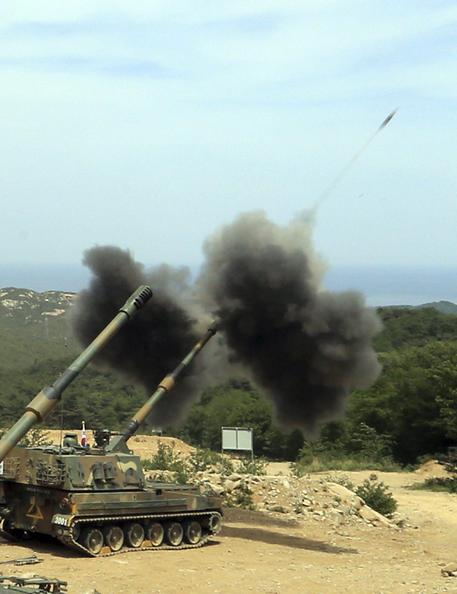 It comes after the North earlier threatened military action if the South continues pumping propaganda into the North across the border using loud speakers.

Anti-Pyongyang statements have been broadcast across the frontier in recent days.

Earlier on Thursday, North Korea fired a shell across the border into South Korea, prompting Seoul to respond with multiple rounds of artillery fire.

North Korea denied provoking the exchange of fire, accusing Seoul of using what it called a “nonexistent pretext”.