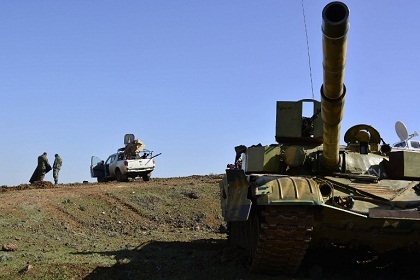 Syrian activists say rebels have launched an offensive to capture government-held neighborhoods in the southern city of Daraa.

Ahmad al-Masalmeh, an opposition activist in Daraa, says the offensive is led by the Southern Front, a coalition of several dozen moderate rebel groups.

Maj. Issam el Rayyes, a spokesman for the Southern Front, says the operation is called “Southern Storm” and that it aims “to liberate the city of Daraa.” He says there are clashes on all fronts with government troops.