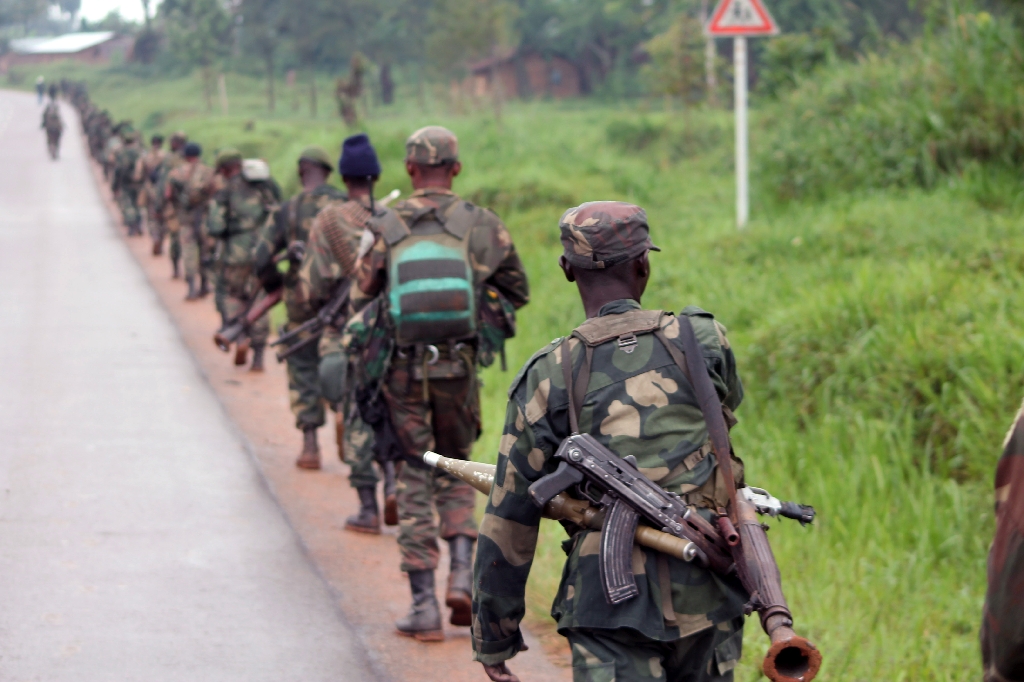 The Congolese army launched an offensive against the Alliance of Democratic Forces and announced that they had captured a strategic rebel position in the region, where the ADF runs a lucrative illicit trade in timber (AFP Photo/Alain Wandimoyi)

Ugandan rebels have killed three women during an overnight raid in the northeast of Democratic Republic of Congo, a research group and the provincial governor said Friday.

“ADF jihadists,” Muslim fighters in the Alliance of Democratic Forces from neighbouring Uganda, attacked Mayi-Moya in strife-prone North Kivu province on Thursday evening, the Study Centre for the Promotion of Peace, Democracy and Human Rights (Cepadho) said in a statement.

“During this attack, the terrorists killed three civilians (women) and burned down four buildings, including a home and three shops,” the statement said, adding that three people had been killed in a previous raid on the village late in June.