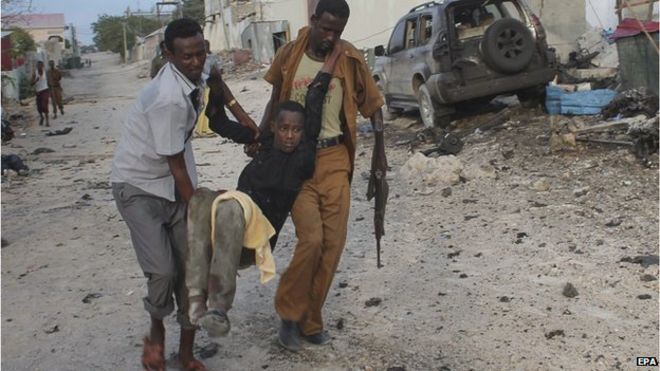 At least seven people were killed on Friday when gunmen from the Islamist al Shabaab group stormed a popular hotel in the centre of the Somali capital, police and the militants said.

“We are behind the Hotel Maka Al Mukaram attack and fighting is still going on inside the hotel,” Sheikh Abdiasis Abu Musab, al-Shabaab’s military operations spokesman, told Reuters.

Captain Ali Hussein, a police officer, said at least seven people had been killed and a dozen wounded in the attack. “Death toll is sure to rise,” he said.