Ukraine: 9 civilians killed and 35 injured in russian shelling of Kharkiv 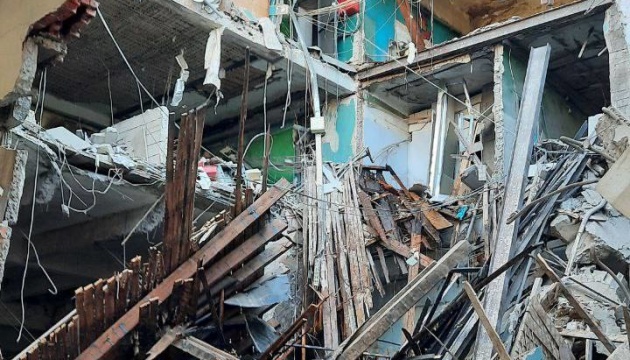 The relevant statement was made by Kharkiv Regional Military Administration Head Oleh Syniehubov on Telegram, an Ukrinform correspondent reports.

Around 09:30 p.m., a Russian missile, presumably launched from the Iskander system, hit a 3-storey house in Saltivskyi District. The house was destroyed nearly completely, and a huge fire broke out. According to the latest data, seven civilians died under the rubble and 17 were injured, including an 11-year-old child.