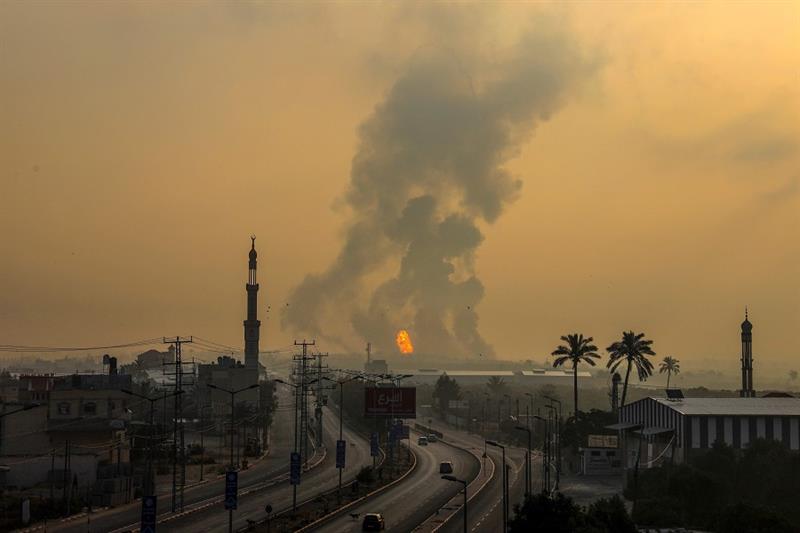 “A short while ago, in response to the rocket attack, (Israeli military) aircraft struck a number of Hamas terror targets in the Gaza Strip,” the army said in a statement.

The strikes came after Hamas “launched a rocket… toward Israeli civilians in southern Israel”, it said, adding the projectile was intercepted by Israel’s air defences.

The Israeli “aircraft targeted a weapons manufacturing site located inside a Hamas military post and an additional three military posts belonging to Hamas,” the statement said.

Balls of flame shot into the air, leaving dark smoke drifting over the territory, after the strikes.