Ukraine: More than 10,000 Ukrainian fighters have been killed since Russian President Vladimir Putin launched his invasion, Kyiv officials have said 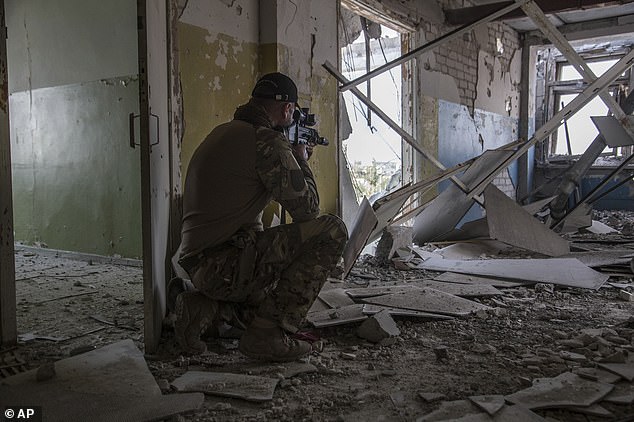 More than 10,000 Ukrainian fighters have been killed since Russia launched its invasion, the country’s government said yesterday.

The grim milestone was announced by presidential adviser Oleksiy Arestovych, who said daily losses since February had averaged 100 soldiers.

Kyiv claims Russia has lost three times as many troops since Vladimir Putin launched his offensive on February 24, although British intelligence puts the figure at 15,000 – the same number killed during the Soviet Union’s decade of war in Afghanistan.

The Kremlin has provided no casualty figures since March.

Meanwhile, Ukraine pledged ‘to help as much as possible’ with efforts to release two British men who fought with its armed forces and were last week sentenced to death by a Russian proxy court.