Rwanda: Rwanda calls for release of 2 soldiers being held by Democratic Forces for the Liberation of Rwanda (DFLR) in Democratic Republic of the Congo 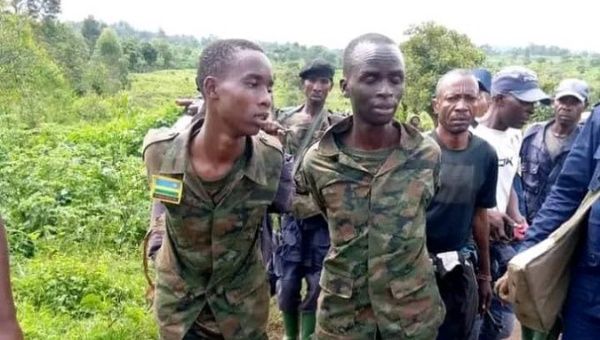 The government said the kidnapped soldiers are being held by the “Democratic Forces for the Liberation of Rwanda” in the eastern territory of the Democratic Republic of the Congo.

On Saturday, the Rwanda Defense Force (RDF) called for the release of two Rwandan soldiers being held by FDLR rebels in the Democratic Republic of the Congo (DRC).

The RDF said the two soldiers were kidnapped while on patrol and accused DRC armed forces (FARDC) together with the Democratic Forces for the Liberation of Rwanda (FDLR) of the attack along the border.

FDRL, an armed rebel group active in eastern DRC, has been accused of committing gross human rights violations in eastern DRC and neighboring countries. FDLR is largely composed of elements widely blamed for the 1994 Genocide Against the Tutsi in Rwanda. RDF added it has located the kidnapped soldiers who are being held by FDLR in eastern DRC.