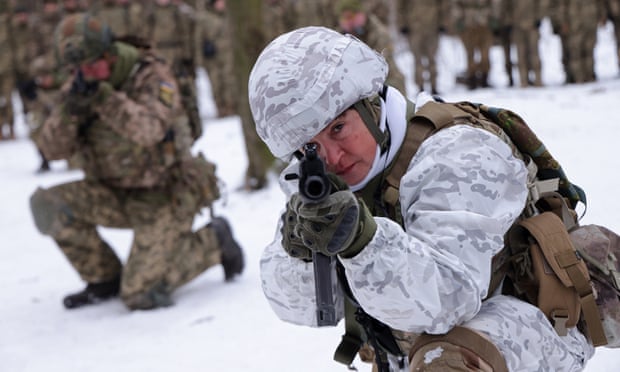 The US and its allies will deliver a “swift, severe and united response” if Russia invades Ukraine, the secretary of state, Antony Blinken, warned on Sunday amid rising tensions.

The top US diplomat’s comments came as Russia continued its military build-up on the Ukraine border and Britain said it had exposed evidence of a plot by Vladimir Putin to install a pro-Moscow government in Kyiv.

The Russian president, Blinken said, must choose between the “preferred path of diplomacy and dialogue” or “Russian aggression and massive consequences”. The US, Nato, and Europe stood ready to deal with any eventuality, he said.

“We’ve been very clear that if there is any further Russian aggression in terms of sending Russian forces into Ukraine, there will be a swift, severe and united response from the United States and Europe,” Blinken told CBS’s Face the Nation, echoing the message he said he delivered to the Russian foreign minister, Sergei Lavrov, in “frank and substantive” talks in Geneva last week.