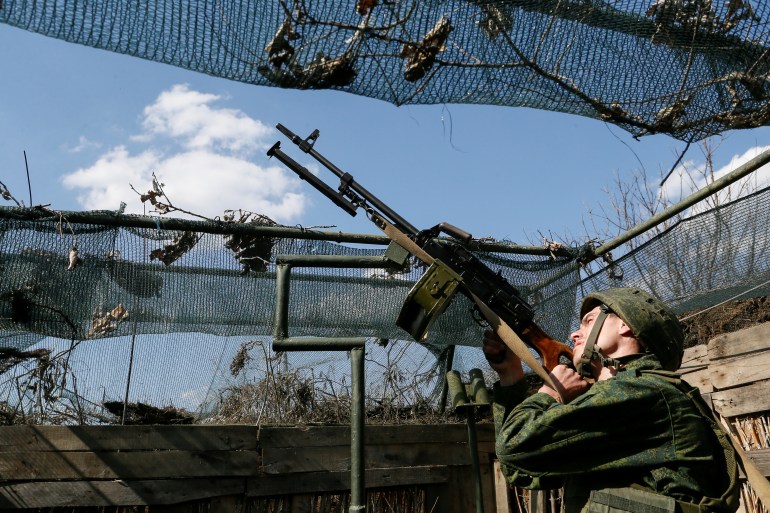 Two Ukrainian soldiers have been killed and 10 others wounded in the country’s war-torn east as clashes tick back up, the army said on Sunday.

Over the past 24 hours, pro-Russian separatists fired at Ukrainian positions using large-calibre artillery, grenade launchers and drones, the military said in a statement. Most of the attacks took place in the eastern Donetsk region, it said.

“As a result of enemy fire, two members of the Joint Forces were killed,” the Ukrainian military said. “There are no victims among the local population.”

The Ukrainian army is locked in a conflict with breakaway fighters in the Donetsk and Lugansk regions that erupted after Russia annexed the Crimean Peninsula in 2014.