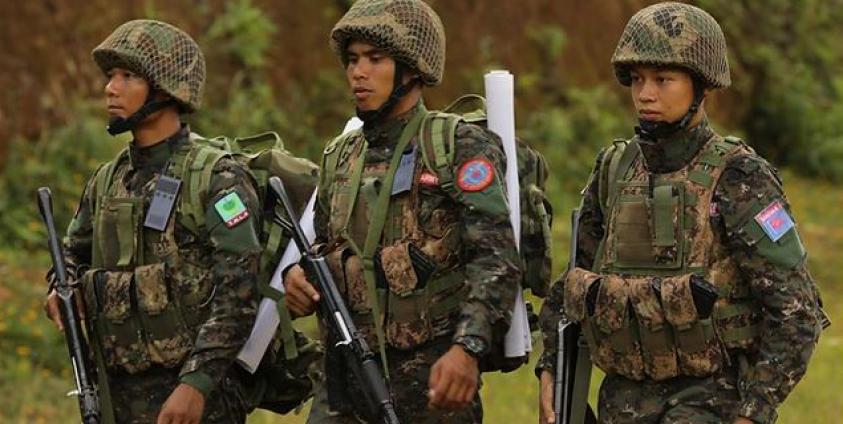 Myanmar’s security forces clashed with villagers armed with catapults and crossbows during a search for weapons in the Ayeyarwady river delta region on Saturday and local media reported as many as 20 people had been killed.

State television news said three “terrorists” had been killed and two arrested at the village of Hlayswe as security forces went to apprehend a man accused of plotting against the state.

A junta spokesman did not answer calls from Reuters to request comment on the violence at the village in the Kyonpyaw township of Ayeyarwady Region. Reuters was unable to confirm the toll independently.

The army has struggled to impose control since it overthrew elected leader Aug San Suu Kyi after a decade of democratic reforms had opened up the once isolated state.