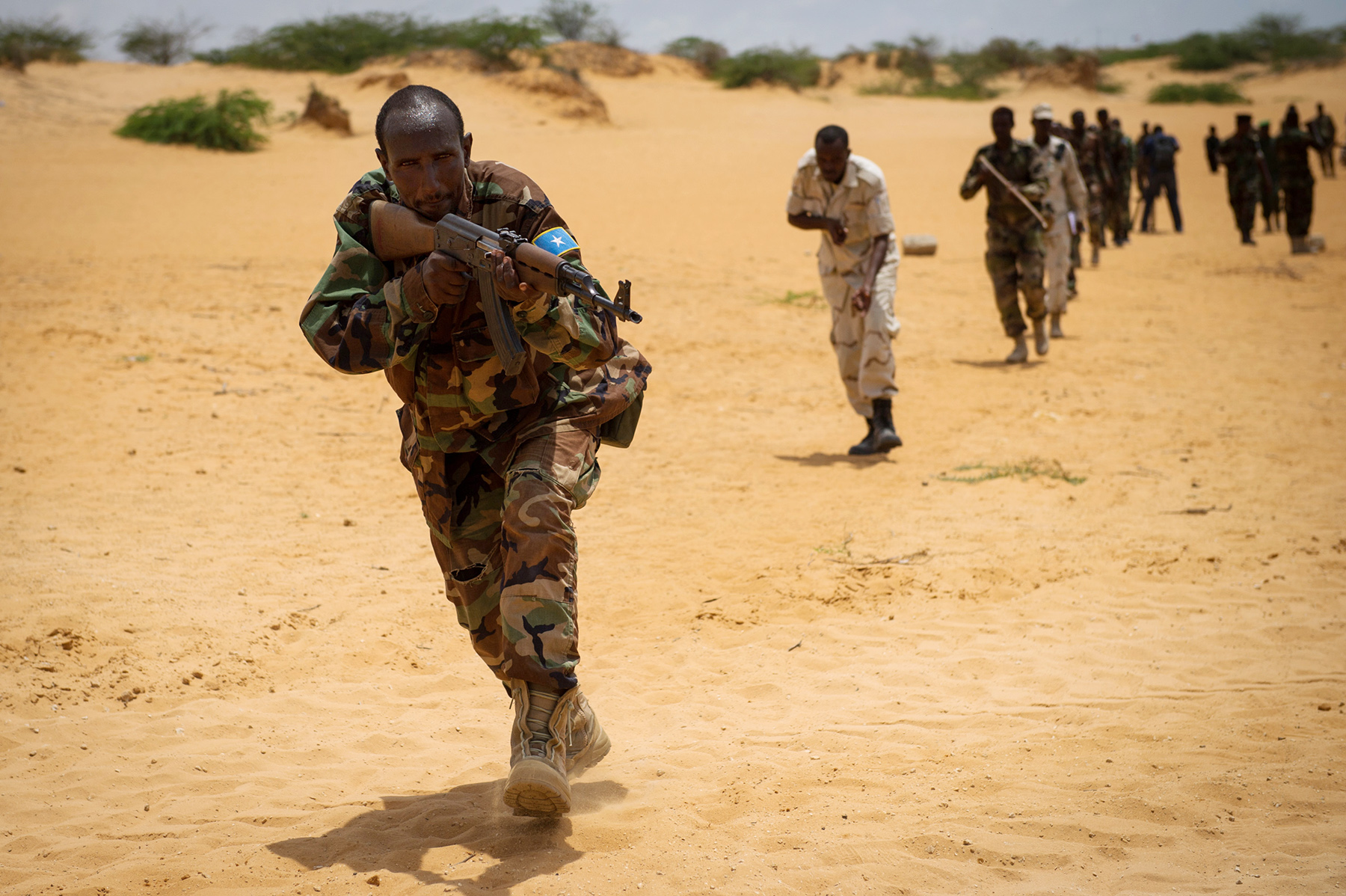 A clash between al-Shabaab militants, and Somali soldiers backed by civilians left dozens dead this week, the Ministry of Information said Tuesday.

The ministry told Voice of America that militants attacked a military base in the central town of Ba’adweyene on Monday morning, killing four soldiers and 11 civilians who took part in the battle.

Information Minister Osman Dubbe said government forces killed 51 al-Shabaab militants in the fight, including the mastermind of the attack.

“Al-Shabaab defeat in yesterday’s attack in Ba’adweyene is a clear example of how the people who stand by the army can easily stop the attacks and plots of the enemy against the Somali nation, ” Dubbe said.