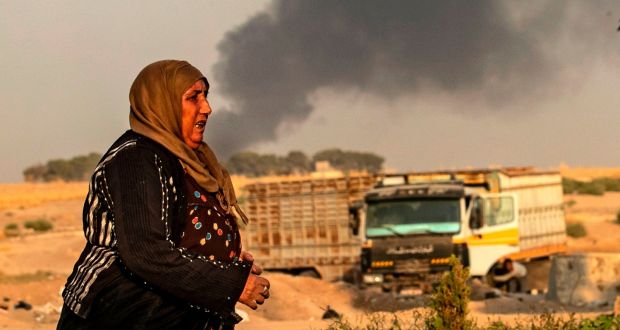 Turkey launched its long-mooted offensive in northeast Syria on Wednesday, defying an international outcry over the threat posed to US-backed Kurdish forces and the campaign against Islamic State.

Writing on Twitter, Mr Erdogan said Turkey would destroy the “terror corridor” that some actors were seeking to form on Turkey’s southern border, and establish a “safe zone” that would allow Syrian refugees to return home. Turkey’s aim, he said, was to “bring peace to the region”.

He added: “We will preserve Syria’s territorial integrity and liberate local communities from terrorists.”