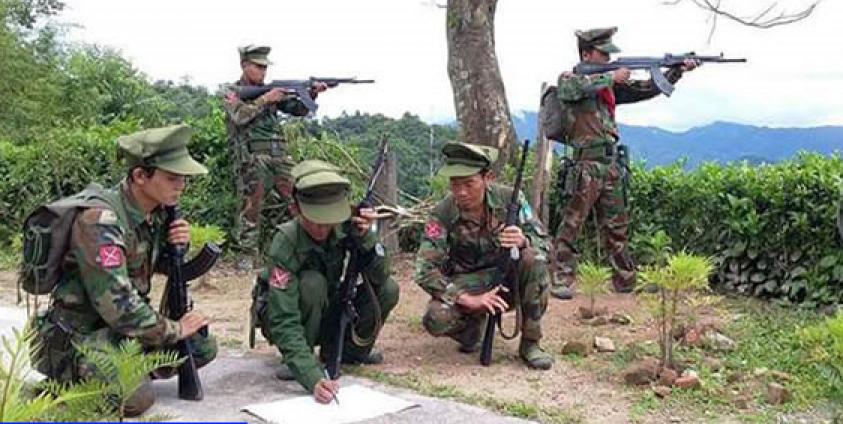 Less than a month after carrying out a series of attacks on the Burma Army that triggered a major escalation of the conflict in northern Shan State, three members of the Northern Alliance have declared a month-long unilateral ceasefire in the region.

The three ethnic armed groups made the declaration on Monday, saying that the move was intended to pave the way for “practical and effective reconciliatory talks for lasting peace in the Union of Myanmar.”

“We expect this statement will help political negotiations. We declared a unilateral ceasefire that will last from September 9 to October 8. In particular, we are going to implement political negotiations to end the civil war,” Maj. Mai Aik Kyaw, the information officer for the Ta’ang National Liberation Army (TNLA), told NMG.

According to the statement, the TNLA and its two alliance partners, the Arakan Army (AA) and the Myanmar National Democratic Alliance Army (MNDAA), will halt all offensive operations for the duration of the ceasefire period.