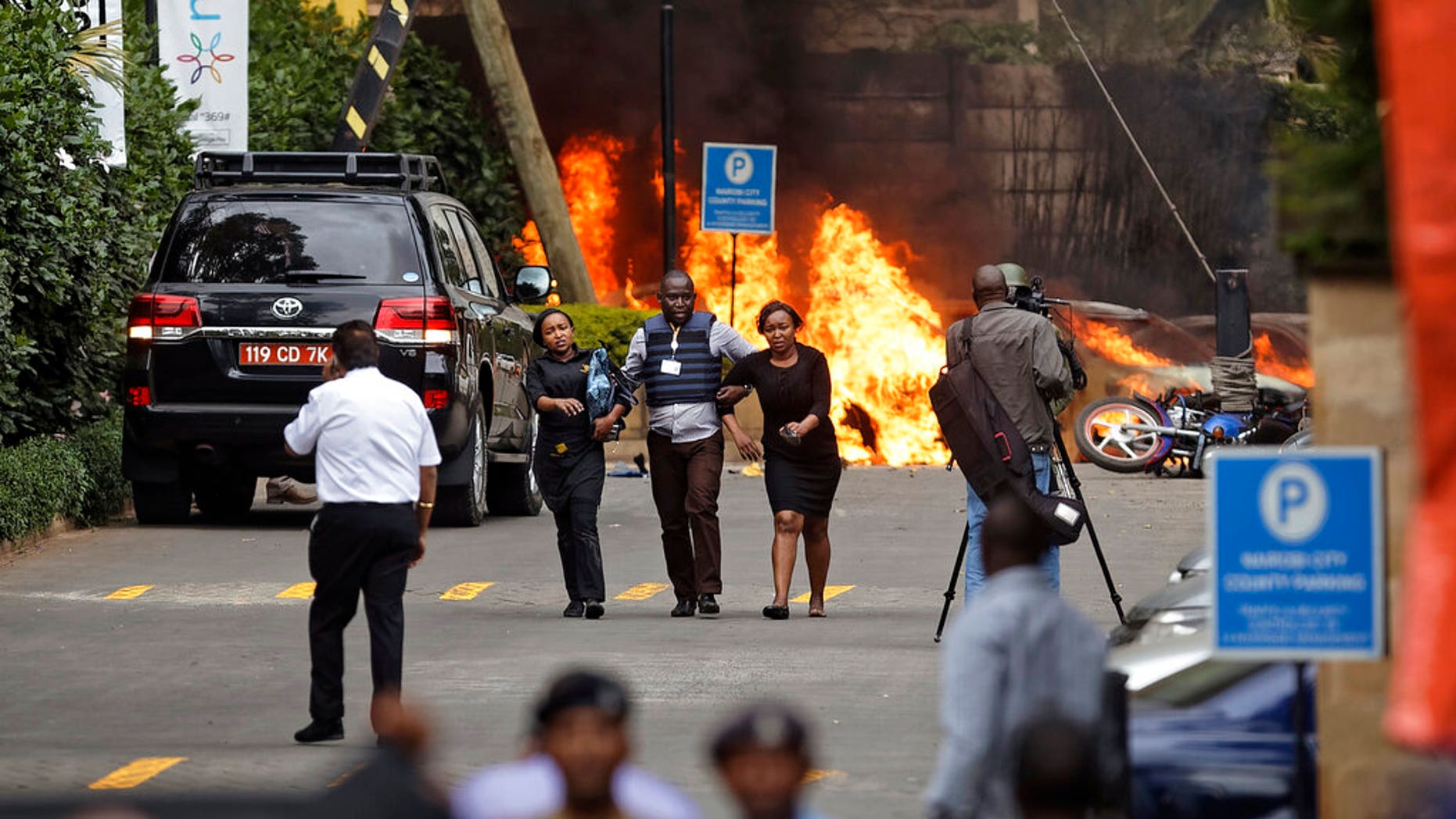 At least 14 people, including a US citizen, have died in the terrorist attack on the DusitD2 hotel in Nairobi, Kenya, according to the authorities. Somalia-based Islamist group Al-Shabaab has taken responsibility.

The attack on the complex, which includes a restaurant and a business center, began at around 3 pm local time, when a band of armed militants launched grenades at vehicles outside the hotel.

“We were changing our shifts and that is when I heard a loud blast and people were screaming,” Enoch Kiber, a janitor at the hotel, told AP. “I couldn’t believe I was alive. The blast was so loud and shook the whole complex.”

A suicide bomber then entered the main lobby of the five-star establishment and detonated himself.