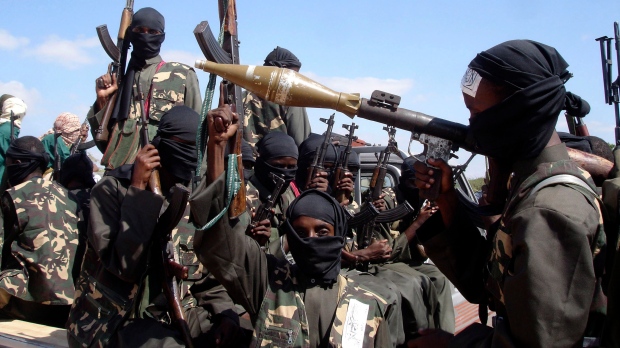 The U.S. military says it has killed four members of the al-Shabaab extremist group with a “self-defence airstrike” outside Somalia’s capital after partner forces were attacked.

The U.S. Africa Command statement says the airstrike occurred on Saturday near Basra, a community outside the capital, Mogadishu. The statement says no civilians were involved.

The U.S. military has carried out 39 airstrikes this year against the al-Qaeda-linked al-Shabaab, Africa’s most active Islamic extremist group, which controls parts of rural southern and central Somalia and continues to stage deadly attacks in Mogadishu and other cities.