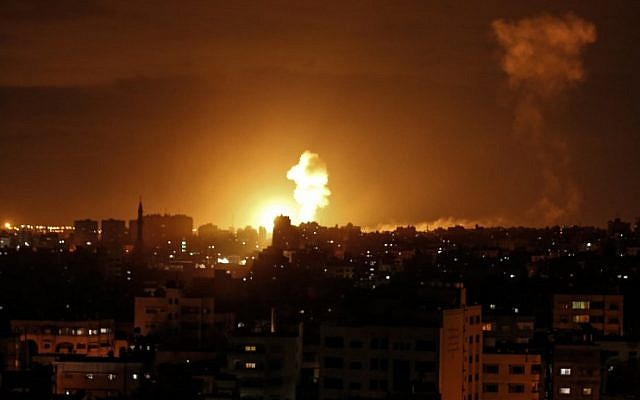 Israeli special forces conducted a raid in the Gaza city of Khan Younis on Sunday night, apparently killing several suspected Hamas terrorists, including a senior commander in its military wing, and bringing the region back to the brink of war.

The fighting set off a massive round of Israeli airstrikes in Gaza, and at least 10 rockets or mortar shells were fired at southern Israel. Prime Minister Benjamin Netanyahu announced late Sunday he would return to Israel immediately and cut a trip to Paris short.

The flareup punctured a brief calm along the restive border, coming two days after Israel allowed Qatar to send $15 million in cash to Hamas in Gaza — one of the first moves in a reported ceasefire agreement between Israel and the terrorist group.

According to Hamas’s military wing, a Qassam Brigades commander, Nour Baraka, was killed by Israeli special forces who drove a “civilian vehicle” three kilometers into Gaza from the border.