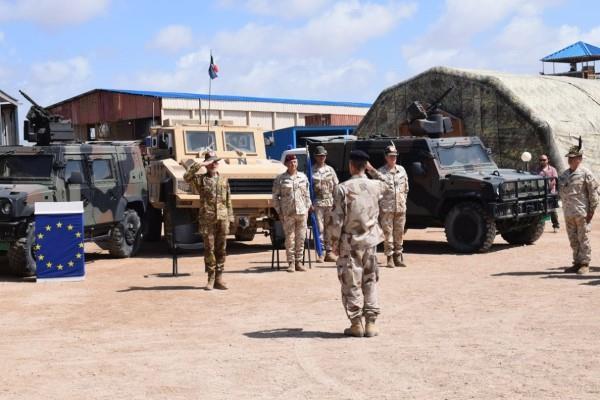 An army convoy, escorted by elements of the Somalia army, was hit, Monday, by an explosives-laden vehicle in Mogadishu.

The Italians, it was reported, were hit at a place not far from the Ministry of Defense in the Dayniile area of the terror-besieged city.

No casualties were immediately released of the incident but eyewitnesses state that at least one of the Army-issue Italian vehicles was heavily damaged.

The Somalia National Army (SNA), later, said that none o the Italians were injured or killed but that the blast killed two civilians who were in the area, a statement that needed to be taken with a heavy dose of salts. That civilians who were passing by were killed and none of the peronnel in the directly hit vehicle did not even report minor injuries was, observers, the tallest as doctored stories usually come.