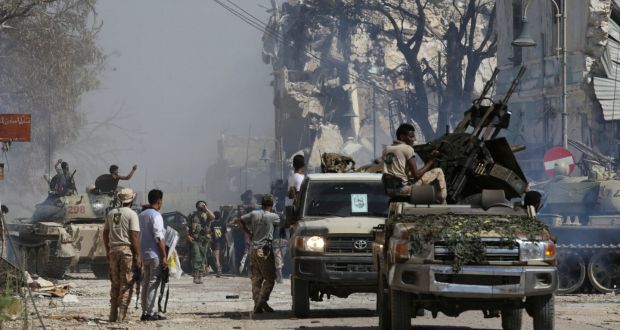 At least 115 people have been killed and 383 injured in month-long clashes between rival factions in Tripoli, Libya’s health ministry said on Sunday.

The fighting pitted the Seventh Brigade, or Kaniyat, from Tarhouna, a town 65 km (45 miles) southeast of Tripoli, against the Tripoli Revolutionaries’ Brigades (TRB) and the Nawasi, two of the capital’s largest armed groups.

Tripoli and western Libya are run by a U.N.-backed government mainly supported by armed groups, while Eastern Libya is controlled by a rival administration. The country has been riven since Muammar Gaddafi was toppled in 2011.

The Kaniyat and other groups from outside Tripoli launched an assault on the capital in late August amid unease over reports of the wealth, power and extravagant lifestyles of some Tripoli militia commanders.